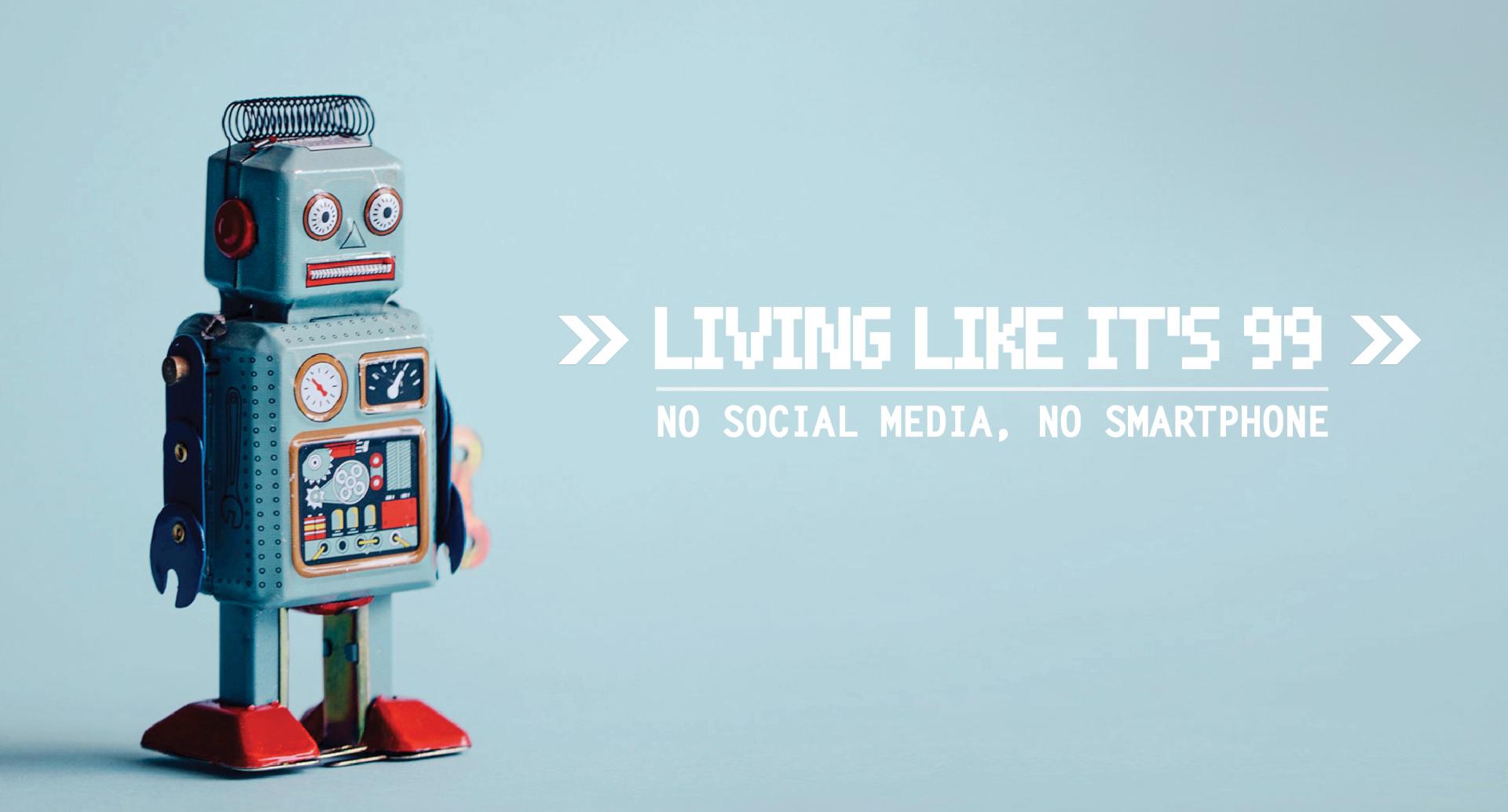 At the time of writing this article, I’ve been living without social media for 3 years and without a smartphone for 2 years. Everything started as an experiment motivated by my privacy concerns. I ended up living like that for an entire different reason: peace of mind. You can find a lot of people on internet that have tried this experiment, from a couple of days to an entire month. However I discovered that the brain dependencies created by social media and smartphones take a lot longer to go away (30 days for me). You can’t really see the effects it has on your life unless you try this kind of experiment for a long time, because you will be stuck in the withdrawal phase that makes you crave dopamine.

Contrary to popular belief, I do not live in a cave where I spend my time coding without any social life, sorry guys ;) I did this experiment while having a busy professional and personal life: I traveled around the world, moved to a new city without knowing anyone, ran my own software startup, met new people and made new friends, etc… So it is possible to live your life the same way, or even better, without a smartphone or social media.

I will share with you my experience leaving social media and my smartphone, the tools I replaced them with, some tips and tricks, people’s reactions to my experiment, as well as some funny anecdotes.

Let’s Start With Why

The original motivation behind this experiment was privacy. I’m a professional hacker, the things I can do are scary and I’m far from being the only one with these skills. Smartphones are a dream come true for people like me, little spy devices that are 24/7 on you, remotely accessible from anywhere around the world. Throw social media into the equation, and you can get inside the head of anybody, and make them do whatever you want. Yes, you should be scared. And that’s even without mentioning all the other privacy and freedom issues that come with social media and smartphones.

Another reason, which is less dark, was curiosity. I like to experiment and try new things in my life. I was curious about the idea of living without a smartphone and social media especially in a world more connected than ever. And if I didn’t like the experiment, I could always go back to zombieland.

The cherry on top was to stop paying each year for a new smartphone, that does nothing more than the previous one, just because the providers decided to sabotage old models so they stop working.

This is for me the most important reason (even though I discovered it afterwards). The positive effects on your mind, being free from social media and smartphones, are incredible. More on it later.

Round 1: No Social Media

“Technology has solved old economics problems by giving us new psychological problems.”
Mark Manson, The Subtle Art of Not Giving a F*ck

In 2018 I deleted my accounts from Twitter, Facebook, Instagram and WhatsApp. No coming back, no temptation to reactivate them later on. I kept LinkedIn on standby for professional use although it came close to being deleted as well. WhatsApp got replaced by Signal because Facebook bought them, plus they’re not really big fan s of privacy.

During that year I kept my smartphone, as I wanted to do the experiment gradually. This decision allowed me to discover something quite counter intuitive about social media and smartphones (more on it later).

From that point on I was reachable by SMS, call, email and Signal. I wasn’t ready for what happened next. Fasten your seatbelts.

People Thought I Was Dead

The first reaction people had was to think something bad had happened to me, some of them even thought I was dead. Then something socially curious happened: everybody started speaking to each other on Facebook and WhatsApp to try to figure out what was wrong. Some of them even contacted my family multiple times. They all had my phone number, email address and other ways of contacting me. However, none of them did. It was like I had exited the matrix, and was living in another reality.

I was told that I couldn’t be trusted since people can’t check online what I’m doing when I’m not around.

Yeah, you read that right.

Society has been brainwashed to believe that privacy is something criminal. Sorry to disappoint, but privacy is a basic fundament of freedom and democracy. That’s why the voting system is anonymous [1]. When people tell you “If you have nothing to hide, you have nothing to fear”, what they really mean is “democracy is overrated, get over it”.

[1] Privacy: you know who I am but not what I do. Anonymity: You know what I do but not who I am. The voting system uses both, privacy when you go vote, anonymity when they count the results.

This was for me the biggest problem. Getting people out of WhatsApp if they wanted to talk to me created a lot of friction. Some of them even stopped texting me because they had to open another app on their phone in order to write to me.

Yeah, you also read that right.

I don’t miss WhatsApp, nor do I miss its endless group talks without anything useful. If you leave one of these groups people look at you as if you did something wrong. In the end I still had access to all the event’s information I needed despite them being organized on WhatsApp. In regards to this, not having the app didn’t change my life much.

A trick I’ve developed, when giving my contact info to new people, is to enter my phone number on their smartphone myself, and install Signal for them. This removed a lot of friction. I would then explain my experiment to them and tell them I can only be contacted via this app. I’ve always had a positive reaction. Everybody’s been curious and asking a lot of questions.

And Then Nothing Happened

During the first weeks without social media, I felt off. As if I was missing out on something big that was happening. Like everybody was having fun except me. Once the withdrawal phase went away, I realized that my life hadn’t changed that much. I was still doing the same things, talking to the same people, going to the same parties, etc… It was just more quiet and peaceful.

I was no longer bombarded with pictures of everybody trying to fake a life they’re not living for the sole purpose of impressing someone else: my life had just upgraded.

In the end, after everybody got over their initial shock and calmed down, it became normal for them to contact me using Signal, and life went on as usual.

Unlike social media, smartphones are a lot harder to get rid off. They handle many more things than just simply communicating with people. I work all day long with a computer, most of what the smartphone was doing could be handled by my laptop. For the rest, I narrowed down my bare essential to Music, Pictures, GPS navigation and of course GSM calls.

You could solve these problems quite easily using multiple devices, however I wanted to be smart about it and not walk around with a luggage just to carry around all this stuff. After doing some research I figured out the perfect combination and I was even able to reduce the amount of things I had in my pockets. 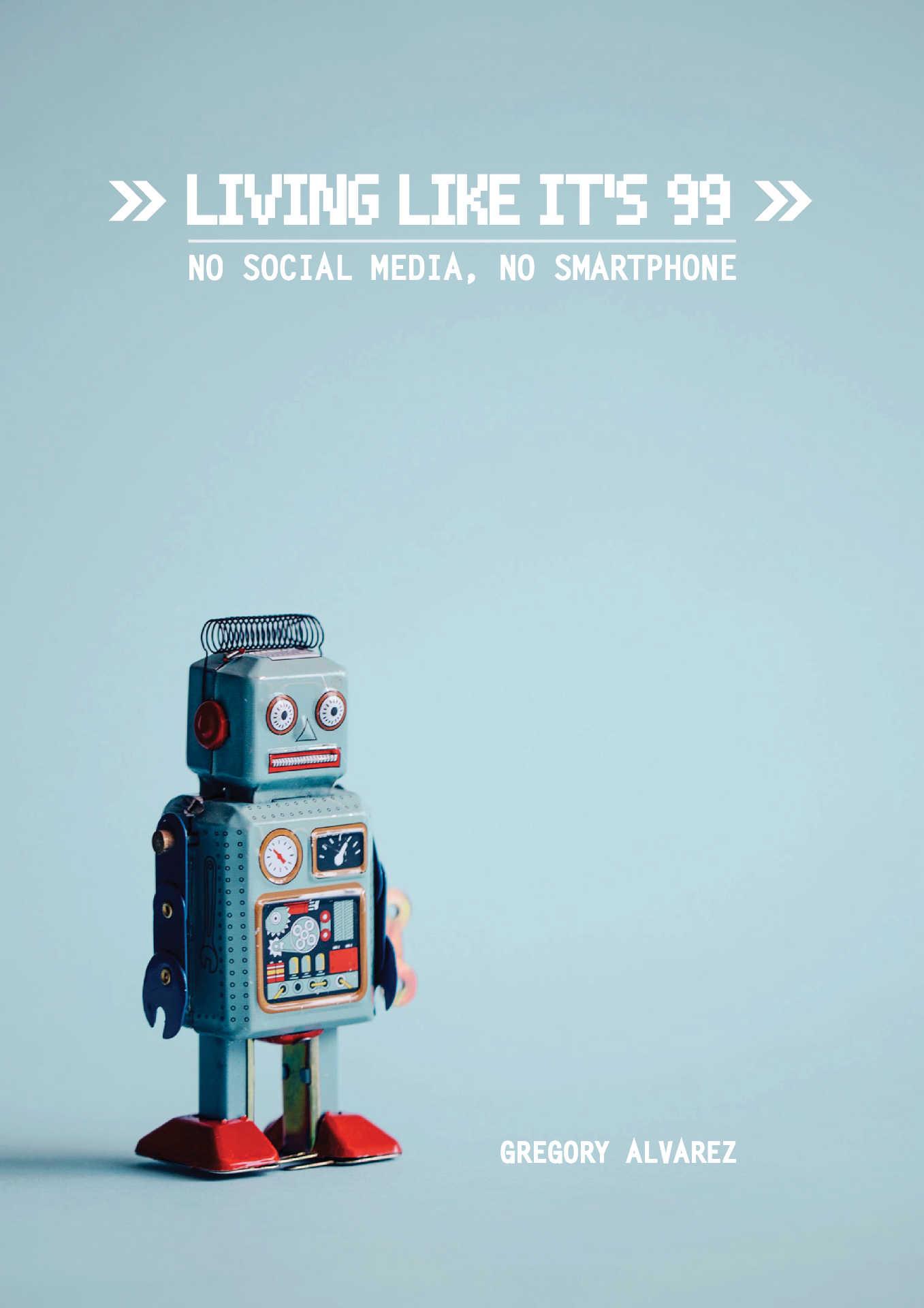 Continue reading and find out with what I replaced my smartphone with. YOU CAN DOWNLOAD THE FULL ARTICLE FOR FREE, however a small contribution goes a long way and helps me keep my writing ads and tracking free. I’ll be very grateful.

Get notified about new posts by email or RSS.